Raising Slim Kids on a Budget 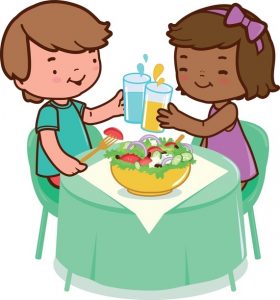 As everyone knows, obesity in kids is something that I write about often because I’m so passionate about it. Like you, I see it everywhere, and it pains and angers me.

A few months ago, after a visual experience at the Freehold shopping mall in NJ, I posted something on LinkedIn about childhood obesity and the parental responsibility — or, shall I say, lack thereof — associated with the epidemic. Sitting with my salad and bottle of water in the food court, I saw so many incredibly fat kids, but I happened to zero in on a family sitting close by where all 3 kids, who looked to be between the ages of say 8 and 12, were each more overweight than the other, and it just made me think of 3 questions that I would ask their parents, if I could and, by the way, they too were overweight:

Anyway, my post on LinkedIn drew mostly (98%) positive comments. But I want to talk about the negative comments to my post and to respond to them here, as I did there.

One gal took umbridge with my thoughts and words. Basically, she said pointing fingers at parents who may be struggling with the same issues may not be the solution.

Same, different, bigger or smaller issues or not, childhood obesity is a result of ADULT behavior. Regardless of whatever issues we may have as adults, the paradigms for the way we live our lives MUST change when we have children. We owe them that. The #1 contributing factor to a child’s obesity is parents. Period.

Another gal wrote that she thought my post was a pretty harsh judgement against parents who, she believes, are doing their best to raise and provide for their children. She further said, and I quote, “Some parents were never taught healthy eating habits and it gets passed down. Also, I think it’s important to consider the significant impact of socioeconomic status. Fresh and organic produce and other healthy options are far more expensive to purchase. If you are struggling financially to feed your children, if you have $20.00 dollars to buy food, I assure you that you will purchase the processed unhealthy choices because you can get more for your money assuring that your children will have enough to eat. It’s the sad truth.”

Ok, now in the first place, and even though I wasn’t writing about people on the low rung of the economic ladder, I don’t buy into the socioeconomic argument. I came from almost nothing, including being raised without my father for almost all of my childhood. My grandmother had to go back to work as a cashier at a local record store to help us make ends meet. Yet, somehow, my younger sister and I grew up slim and healthy. I know countless numbers of other families even today who are not rich by any stretch who eat well, who make physical fitness a part of their lives and set examples for their children. If someone is truly struggling, there are places to go for good meals.

As for adults who were never taught healthy eating habits by their parents, that should not be an acceptable excuse for them to perpetuate that in their own children. They CAN and SHOULD make it their business to educate themselves in that regard BEFORE or when they do have their own kids.

As for what I would do if I only had $20 to feed my daughter, I can absolutely positively say that I would not spend that $20 on crap.

When I pointed out that nowhere in my original post was I making reference to those on the low-socioeconomic ladder, that my post was prompted by what I saw with my own eyes at the food court — parents who were clearly not in the low-economic realm, laden with packages from shopping, who along with their kids were staring at their $500 iPhones and Androids, all loading up on the most excessively fattening, greasy and sugar-laden drinks and desserts — she accused me of presuming the parents were rich.

Obviously, this gal had a bug up her ass but I was enjoying the jousting. As I pointed out to her yet again, she was putting words in my mouth because on the one hand, I never used the word “rich” in my post to describe the family and kids I saw but, on the other hand, one doesn’t have to be an astro-physicist to see with one’s own eyes that someone has a little bit more of the greenbacks than the next person. More importantly, my post was prompted by only what I saw with MY eyes in my own community, not poor people from all over the world.

Some final thoughts on this subject of childhood obesity and parental responsibility . . .

Excluding serious mental problems or medical issues, obese adults have the ability to choose to take the steps necessary to lose weight and get healthy. Children do not. They don’t shop for groceries. They don’t cook or prepare their meals. They are totally reliant on their parents or other adult guardians to lead by example (in all things). Obese parents who do absolutely nothing to help themselves and willingly, with full knowledge of the medical, physical, emotional, psychological consequences of what they are doing to their kids, and who perpetuate their own bad habits in their children . . . well, sorry, I have no freakin’ patience or sympathy for them.

There are those who are so quick to either or both blame the usual suspects — fast-food restaurants, the environment, genetics, desserts, aggressive marketing of junk foods to children, the lack of exercise in schools, and the list goes on — or to enable and condone those who do. This is the snowflake society we currently live in, blaming everything and everyone else for things we either bring onto ourselves and/or have the ability to choose to change.

All those factors, we are told, can be addressed through government action and policy, more social engineering, banning commercials or food items, taxing certain so called junk foods to make them more prohibitive. This is a fallacy. Society cannot be regulated into slim and healthy.

It’s PARENTS who have the important role in seeing that their kids eat right.

PARENTS can’t be replaced by policy when it comes to the physical and emotional health of their children.

And, finally, on the subject of poor people who we hear way too often don’t have the same ability to feed their kids well, I say bullshit. Having a minimum to work with does NOT have to come at a cost to health. There are many other options available that don’t break the bank — like canned and frozen food, pasta, rice, dried beans, canned meat, canned broth and soup.

Even with produce, a budget shopper can load up on relatively inexpensive items like bananas, cabbage, potatoes, carrots and onions. And frozen veggies are actually more nutritious than fresh. Fresh produce is healthy, of course, but produce meant for the fresh aisle is often picked before being fully ripened, whereas produce marked for the freezing process is allowed to fully ripen, which means they have more vitamins, minerals and antioxidants. By freezing this produce at its ripest stage, those nutrients are locked in.

The bottom line is this:

Parents drive the food habits that their kids will form REGARDLESS of economics. In my house, my sister and I ate what we were served and my husband and I did the same with our daughter. My mom never cared whether we liked what was on our plates. We either ate what was there, or we didn’t eat. It was as simple as that. We never ate anything fancy, but the portion sizes were reasonable, and there was always a vegetable on the plate.

Feeding a child is the most basic parental responsibility. Making kids sit at the table until they eat healthy meals shouldn’t be treated as something reserved for the rich.