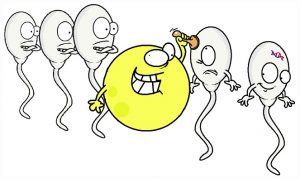 It’s common knowledge, and I have written and speak about this in my office frequently, how dangerous a pregnancy can be for an obese woman, not only in terms of her own health during pregnancy but also the negative effects her obesity can have on fetal development. (In my article Fat Moms, Fat Babies I write about how those babies start out on the wrong foot straight away when it comes to health matters.) And I’ve also written about how obesity in women and men contributes to infertility issues. (See The Obesity-Infertility Connection.)

However, after conception most people think it’s all about the mother and the environment she creates to carry a healthy baby to term. Not so fast. What about dads who are heavier than they should be?

What’s methylation got to do with it?

The body is a very complex machine, with various gears and switches that all need to be functioning properly like a fine-tuned and well-oiled machine  to operate optimally. Methylation is a simple biochemical process that plays a major role in that complex machine we call our bodies. It’s the mechanism that allows the gears to turn, and turns biological switches on and off for a host of systems in the body, including (but not limited to) DNA production, fat metabolism, estrogen metabolism, neurotransmitter production, livery health, cellular energy and much more.

Now, we’ve all heard or used the expressions of “He’s got good genes” or “She’s got good genes.” We usually say this in a jovial way about someone who, perhaps like his or her mom or dad, might be really good looking or super-smart or highly successful, etc. Basically, in some aspect of their life they’re a “chip off the old block.” However, we not only need good genes; we need the good genes we have to function optimally.

Obesity is characterized by changes in body chemistry, and one of the genes which is altered is the insulin-like growth factor 2 gene (IGF2), which plays a major role as a growth-promoting hormone during gestation.

Researchers from Duke Cancer Institute and Duke University Medical Center found that obese men do not produce quite as much IGF2, but they didn’t stop there. They mapped out the methylation pattern of DNA extracted from the umbilical cords of 79 newborns and then compared that with DNA from each baby’s parents. The DNA methylation patterns of newborns mirrored the pattern seen in their dads. Men with lower levels of IGF2 fathered babies “marked” with lower levels. Those with normal levels had babies with normal levels. Basically, the patterns were inherited.

This has the potential to cause future health troubles, including an increased risk of cancer, especially ovarian and colon.