“Don’t Be Angry With Me” 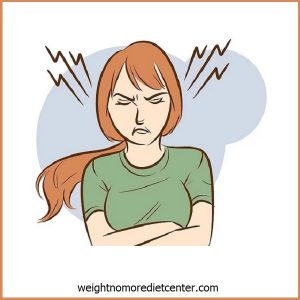 So often, especially on a Monday morning, or if I haven’t seen a client for longer than usual, upon entering my office and before they get on the scale, they will pronounce, “You’re going to be angry with me” or “Don’t be angry with me.” As you can surmise, and as I instantly know by either of those statements, they’ve had a bad weekend, or they’ve gone “off the rails” since I last saw them, and they know the scale isn’t going to be friendly to them.

Here’s how the conversation goes:

“Why would I be angry with you?”

“And that affects MY body, how?”

“Do YOU want to be successful?”

“Well, I didn’t want to disappoint you.”

“Why would I be disappointed at actions YOU took that affect YOUR body, not mine?”

“Did you think about what you were about to do before you indulged?”

“Did you think you’d get a different result?”

“Given the result today, was it worth it?”

And there you have it.

People make these kinds of pronouncements because they aren’t where they want to be as a result of things they did (or didn’t do), and they are irritated and angry at themselves. At the root of their anger is the belief that things happened that should not have happened (“How can I have gained so much weight over only a few days?”).

With clients, I always ask them what they would do if they said or did something that made someone angry with them. How would they respond?

Would they apologize and be heartfelt in that apology? Yes.

Would they learn from the experience and feel good about the fact they would make a better choice (of words, or of actions) next time they found themselves in a similar situation? Yes.

Would they wallow in guilt at having made that person angry, even after apologizing? No.

Well, all of those questions, and answers, applies when we are angry at ourselves!

Anger is good if we learn from it, and if it propels us forward into positive action.

So, next time you screw up on your diet, give a heartfelt apology to yourself, learn from it, commit to making a better choice if there’s a “next time,” and move on.