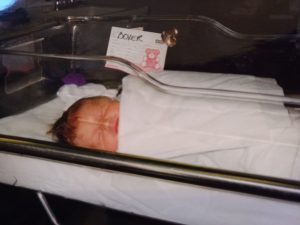 Life works in mysterious ways. Who would have thought that the infertility roller coaster would lead me to what I am doing today.

Prior to my getting married at the ripe “old” age of 36, I had been living on my own since I was 21. I was enjoying a great corporate career in an ivory tower of the entertainment industry, living in a fabulous apartment on the top floor of a doorman building overlooking the ocean in Manhattan Beach, Brooklyn. I loved my career. I loved my independence. Frankly, marriage and motherhood never were a priority.

I never really wanted kids, never was comfortable with them, never babysat as a teen and had never even held a baby (until my own kid was born!). But, I realized as I got closer to 40 that if I didn’t try, I’d probably go through the “what ifs” for the rest of my life. So, at 37 the attempts began . . . and once I saw I couldn’t conceive, I was hell bent on doing so, and the IVF saga began and continued for 5 years.

Sabrina came along in 1997 via an ICSI procedure (intracytoplasmic sperm injection) when I was 42 years old. That was the great news. The not-so-great news was that I gained over 50 lbs in pregnancy, and experienced gestational diabetes in my second trimester. Attempts over the next two years for a sibling were unsuccessful, and in November, 1999, 44 years old, and approximately 190 lbs . . . it was time to get back to my old self. I called my mother, the founder/owner of the business; I was ready to get back in shape.

January 2000 was the beginning of the journey. Despite 12 hour work days, I would not let failure at my weight loss be an option. Every morning I traveled from NJ to my Manhattan office, then two evenings a week before returning home I would drive to Brooklyn (our only location at that time) to be serviced by the counselors there. I planned ahead, packed the meals and snacks I would need for the next day the night before, and off I went in the morning.  Lo and behold, over the next seven months I did everything I was instructed to do and all the weight came off, all 57 lbs. Just like that . . . no magic . . . ate no more and no less than my body needed, ate only normal, regular every day food from the supermarket . . . stayed hydrated . . . meal planned and prepped weekly . . . ate every 3 hours or so to keep blood sugar stable . . . and voila! I arrived at my goal, and have never looked back.

January 2000 was also when I started thinking about how my daughter would begin school that September. I thought about the years of trying to conceive, and all the money and tears spent. Should I have the nanny take her to school? Pick her up from school? How much of her school year would I miss if I continued my grueling corporate schedule? And then the idea came to me to open a Weight★No★More℠ Diet Center office in NJ, specifically in the Deal area because so many of our Brooklyn clients, then as now, spend their entire summers at the Jersey Shore every year. I made the decision to go from a very secure, well-compensated career to I’ll-try-it-and-see-what-happens. I gave notice to my employer in June of that year, started training with my mother in Brooklyn in the fall, opened an office in NJ in the spring of 2001, and the rest is history, including opening three more locations in NJ and on Long Island.

My mother began the business three decades ago with the conviction to help those struggling with weight issues but with a greater emphasis on the personal / individual needs of each client, to educate, encourage, empower, motivate and inspire in a friendly, comfortable, honest and straightforward environment. She refused to let people be victims, or to blame others for their weight issues, or allow them to accept maintaining the status quo. She worked tirelessly, with 24/7 availability, on their behalf. When she stepped out of the business from an operational standpoint, she left some pretty big shoes to fill, but I have worked very hard to follow in her foot steps. I still rely on her as a sounding board. At 84 years old, slim and fit, still practicing what she preaches, she’s sharp as a damn tack!

What motivates me in my business is that I get up each day knowing that I have the power to change someone’s life, and I take that role very seriously. There’s nothing like seeing the metamorphosis of people, both young and old . . . from miserable to happy; from unhealthy to well; from fat to fit; from lethargic to energetic; from withdrawn to socially engaged; from “I can’t do anything right” to “I can do anything I want;” from being large in a small world to seeing their world become larger as they become smaller. Nothing beats it. Nothing.

What motivates me in my personal life is Sabrina, now 20 (below is her sorority photo). I work hard every day to set an example of how to work as hard for $10 an hour as I would for $100; of avoiding the words “I can’t” and “I won’t;” of being honest to a fault; of being a good and loyal friend; of treating people the way I want to be treated. Perhaps even more importantly, I’ve willingly also let her see my liabilities and, as she got old enough, openly discussed them many times so she could learn from them to avoid them. 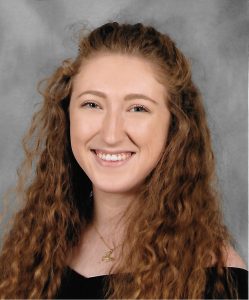 In my personal life, I know I’ve been successful every time I look at Sabrina. If I died penniless tomorrow, I’m successful because of the young lady she’s become. Kind, compassionate, inclusive, curious, smart, funny as hell; respectful of adults; sensitive but assertive. Heck . . . sometimes I can’t even believe she’s my kid! She’s so much better than me in so many ways. She is my success story. My legacy. Nothing compares to that.

In my business life, I know I’m successful because, let’s face it . . . as anyone in business knows, you don’t stay in business for three decades by accident. We walk the walk. We lead by example. We teach clients how to get slim doing exactly what we do to stay slim . . . . . and no one does it better than we do. No one.