The Rule of Three of Childhood Obesity 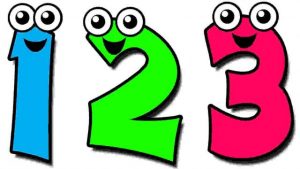 “The Rule of Three” principle suggests things that come in 3’s are inherently more humorous, satisfying and effective than any other number of things.

In my office, however, when dealing with moms of obese kids there’s another “rule of three.” I hear them so often that I can recite them as they’re being said to me.

Almost always, this means they won’t eat anything except high-fat, high-carb foods.

This is the kid whose mom gives him sugary cereal for breakfast. Sends him to school with a bag of chips or pretzels for snack, along with a peanut butter and jelly sandwich for lunch. She then gives him cookies or candy as soon as he gets home from school, and makes him mac and cheese for dinner. This is the kid whose parents want to “go along to get along.”

2️⃣ “She’ll grow into her weight.”

This is the mom who has convinced herself that her child’s fat will stretch up as they grow — while eating the same shit (and more of it, as they age and appetites expand) that made them over-fat in the first place.

Wrong. Fat young kids don’t grow into their weight. They grow into their habits. Naive is the parent who believes they can feed their kids one way that gets them fat and expects them to grow up eating a different way.

3️⃣ “I don’t talk with my child about their weight for fear of instilling an eating disorder.”

This is the mom who doesn’t want to believe that her young child’s obesity is an eating disorder — every bit as life-threatening as the rarer disorder of anorexia nervosa.

Want to know what is almost always the common denominator in these three rationalizations, excuses and denials?

I hear them from moms who are also overweight or obese.