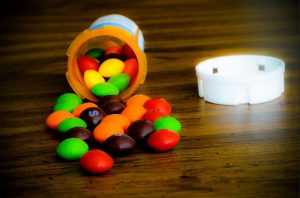 Among many women with breast cancer, a standard post-op care is to use drugs that block or inhibit estrogen activity, such as tamoxifen. This is done for the obvious reason: to minimize estrogen and/or to ensure estrogen stays in an ideal range in the body because of its relationship to cancer.

Doesn’t it make sense, then, that the effectiveness of these drugs is compromised by higher estrogen levels in women with higher body fat? This is why obese women who have had breast cancer are at the highest risk for recurrence.

When speaking to overweight and obese breast cancer survivors, I implore them to understand that fact, and to not be so cavalier, to not think that just because they’re “taking something,” that all is well and under control.

It’s analogous to over-fat people on meds for cholesterol, blood pressure, diabetes, for example, and they too very often have the attitude that because they’re “taking something” it’s “under control.”

No . . . it’s not. The more weight they gain, they more out-of-control the medical issue becomes, the higher dosage of meds they’ll be forced to take.

Similarly, imagine a woman taking a pill with one hand to minimize the negative effects of estrogen, and then using her other hand to put shit in her body that makes her fat(ter) to produce more estrogen—a direct counter to what the prescribed estrogen inhibitor is trying to do in their bodies! So, basically, the doctor giveth, and the fat taketh away. It makes no sense, and it drives me crazy when I meet women who, by the grace of God were lucky enough to survive the first time around, don’t do a damn thing about their weight—which is the one thing they can control to give them the best chance to not have a recurrence!

If you’re an overweight or obese woman on an estrogen inhibitor, they’re having as much helpful effect as popping an M&M into your mouth every day. They’re not!