Mars vs Venus in Weight Loss 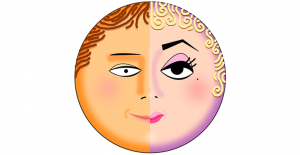 Obesity in men has doubled in the last 25 years. According to the American Medical Association, more than 70% of American men are considered overweight, while over 30% are considered obese.The highest rates of male obesity are in the 45-74 age group, where one-third of men are obese.

Yet, despite these numbers, most commercial weight-loss programs have up to 90% women attending.

Well, based on my experiences over the last 20 years, men’s attitudes towards weight and weight loss are different from women in several ways.

Obesity in men has been linked to an increased risk for pulmonary disease, cancer, liver disease, gout, osteoarthritis, gallbladder disease, and stroke, to name a few . . . as well as to infertility, lower libido and sexual dysfunction.

Men, if you’re overweight or obese, put aside any reticence you may have to seek the assistance of a guided, personalized and structured program to help you. “Help” isn’t a “female thing.” It’s a “live life to the fullest” thing.