I’m Angry Your Kid is Fat.
What Are You Going to Do About It? 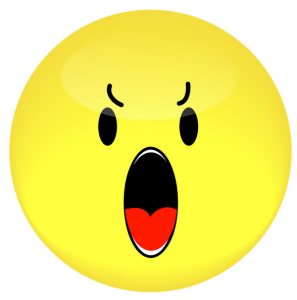 A mom stopped in to inquire about an appointment for her 15-year old daughter. The mom was referred by her friend (a physician) whose young son was a successful client of ours. This woman’s daughter weighed 170 pounds at her last pediatric “well” visit. Can you imagine?! 170 pounds?! 15 years old?! (Coincidentally, another mom recently enrolled her 11-year old daughter who weighs 140 pounds!)

First of all, there is nothing “well” about a pediatric visit when a child is severely overweight. They ought to be called “unwell” visits.

Secondly, do you know what these two mothers had in common?

Their pediatricians had said NOT to “make an issue” of their daughters’ weight because, and this is verbatim, “He doesn’t want her to have an eating disorder!”

Oh my God . . . every time I hear this, I want to scream. My response to these parents is always the same: “If pediatricians knew anything about proper diet and healthy weight loss, we wouldn’t have a childhood obesity epidemic.” I mean, let’s get real folks. If being almost 70 pounds overweight at age 11 or 15, as was the case for these girls, isn’t already an eating disorder, I don’t know what the hell is.

The fact that these girls are 99% more likely to be dejected, despondent teenagers and young adults, with an overwhelming lack of self-esteem and confidence and self-respect—not to mention with poor interpersonal and socialization skills—IS AN ISSUE!!

The mother of the 15-year old told me her daughter had gained almost 20 pounds every year for the last 3 years. I was astounded. This parent chose to ignore that she had a problem on her hands when her daughter was “just” 120 lbs and then 130 and so on.

As parents, we must have a threshold by which we measure the diagnosis or advice or the dissemination of any information by all of our doctors—but especially those in whose care we place our children, our most precious gifts. If what a pediatrician tells you sounds illogical, too good to be true or counter to what you can clearly see with your own two eyeballs, go with your gut feeling and instincts as a parent. Unfortunately, when it comes to over-fat children, too many parents are happy that their pediatricians DON’T bring up the issue. They breath a sigh of relief when a pediatrician tells them to do nothing but watch again for another year. Most are too willing to accept, “Don’t make an issue of it now, because you don’t want your kid to have an eating disorder.”

Parents who are overweight feel guilty, and rightfully so, because they are 100% responsible for their child’s condition. They are either too lazy, complacent, accepting or ignorant (or all of those things) to do anything about their own problem, so how can they possibly do the work necessary to help their kids?

Parents who aren’t overweight have other issues:

Pediatricians (like all doctors) are human beings, mere mortals like the rest of us. They’re not infallible . . . and, frankly, too many of them (as well as those who work in their practices) are overweight themselves and not in any condition to have a candid talk with you about your overweight kid (I liken that to a dentist with rotten teeth espousing the importance of good oral health).

Your child’s over-fat is an issue — a health issue — that must be dealt with now. An over-fat child will not grow into his or her fat. The problem will not go away by simply waiving a wand over their head. If you don’t deal with it now, YOU are setting a course of years of eating chaos for them, from bingeing to perpetual yo-yo dieting, and perhaps worse. You are GIVING them their future unhappiness and poor health.

Do you want to live with that?