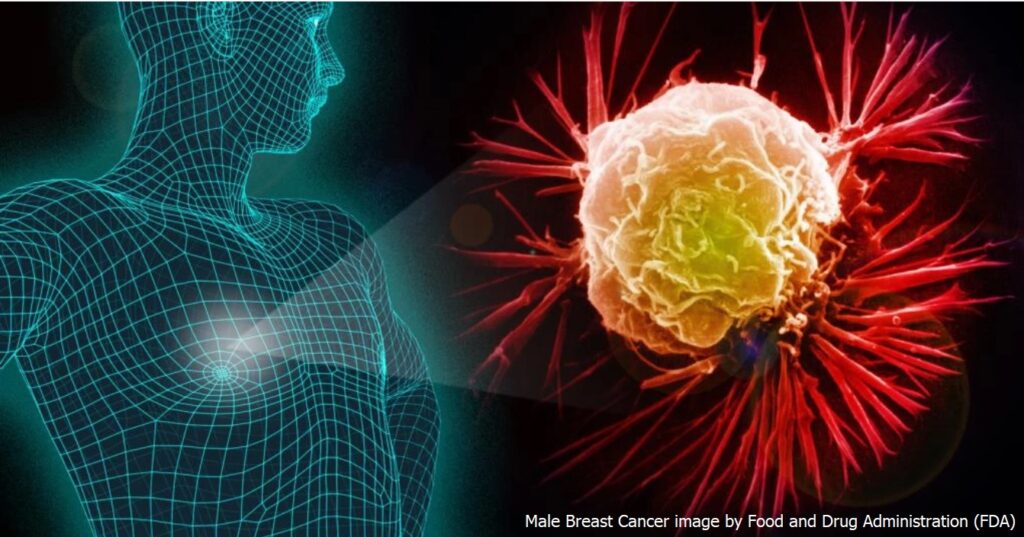 It has long been known that obesity and the risk of many types of cancer are linked, and although obesity is not considered an established risk factor for MBC specifically, there are parallel trends in the increases in both the incidence of MBC and male obesity.

Excluding underlying genetics, one of the risk factors associated with MBC is high estrogen levels. Consider the following:

Breast cancer in men is often diagnosed later than breast cancer in women. This may be because men are less likely to be suspicious of an abnormality in that area. In addition, their small amount of breast tissue is harder to feel — making it more difficult to catch these cancers early, and allowing tumors to spread more quickly to the surrounding tissues.

Gentlemen, obesity is a preventable condition, so take measures to reduce your risk of developing the disease.