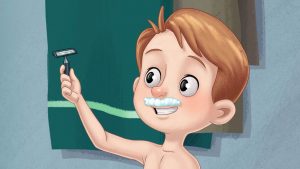 Kids are reaching puberty earlier than a century ago as obesity interrupts hormonal changes in the body.

The high obesity rate among very young children is worrisome for many reasons, and one is that obesity causes children to go through puberty earlier.

Puberty usually occurs in girls between the ages of 10 and 14, while in boys it generally occurs later, between the ages of 12 and 16. Puberty requires the body to have a certain weight and fat distribution, which explains the delay for female gymnasts and ballerinas. So, for example, 8-year-old girls weighing as much as a normal 12-year-old are at risk for precocious puberty. This is because fat cells produce leptin, and fat children have higher levels of it. This chemical, through a complicated chain involving the hypothalamus and pituitary gland, can stimulate the release of the three main hormones in puberty: hypothalamic gonadotropin-releasing hormone, luteinizing hormone and follicle-stimulating hormone.

In addition to an increased risk of adult obesity, early puberty comes with a long list of health, mental and social risks of its own.

The changes in the body associated with puberty begin earlier than the normal age of 10-14 for girls and 12 for boys. These changes in the body include pubic or underarm hair development, rapid height growth (a growth “spurt”), acne, “mature” body odor, breast development and menstruation for girls; and voice deepening and enlargement of male genitalia. Girls under age 10 aren’t mentally prepared for monthly periods. Earlier sexual desires —with a mature body and immature mind—can lead to earlier sexual encounters. 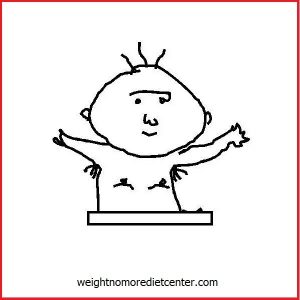 Although obesity has a greater affect on the puberty age of girls than boys, parents should be concerned both for their sons and daughters because:

Precocious puberty is more serious than the expense of needing to buy razors and tampons for young kids. If we reduce the number of youngsters who go through puberty early, our teenagers will benefit mentally, as well as physically.

Obesity speeds up the start of puberty in boys