Are You a Target for Diabetes? 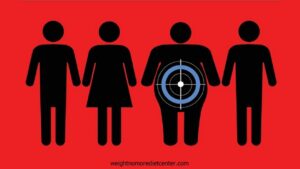 One of the medical issues that many of my clients have is diabetes, and I wanted to address that today, specifically, Type 2.

Type 2 diabetes is caused by the body’s inability to break down sugars from the diet. Normally, cells in the pancreas work to release insulin, a hormone that can process sugar and either send it to cells that need it for energy or store it as fat for future energy needs. Cells in the liver are responsible for clearing insulin from the circulation. When you’re overweight or obese, however, excess fat in the pancreas and liver can start to shut down these insulin-producing cells, leading to spikes in blood sugar levels. 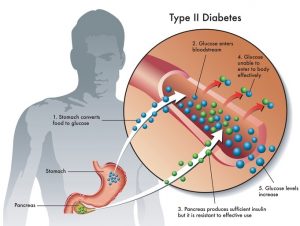 For people newly diagnosed with diabetes (within the past six years), type 2 Diabetes is a reversible condition. Just as proper diet, weight loss and exercise can prevent people from progressing from the pre-diabetes stage to diabetes, it can also cause a diabetes sufferer to go into remission.

For long-term diabetes sufferers, however, that may not apply. That’s because as the disease continues, cells start to die off. Initially, the cells slowly shut down, entering a so-called resting state. Those are the cells that weight loss can re-activate. Left in this state too long, however, the cells eventually die and cannot be revived. Studies suggest that people living with diabetes for more than 10 years may not be able to rely on weight loss alone to push them into remission, if remission is attainable at all.

It’s not only for this reason that as soon as someone is diagnosed with insulin resistance (pre-diabetes) or diabetes, they should use diet and weight loss to treat their disease instead of medication.  The other reason is that people who are prescribed drugs (such as Metformin and Glucophage) to control their insulin/sugar levels often get complacent; I see this too often. People tend to get lulled into a false notion of “it’s OK,” and “it’s under control” because they’re popping a pill every day. And the longer they are on the medications, the more complacent they become, the more “normal” diabetes becomes to them. People with diabetes need to get that thought right out of their heads! Diabetes medications can bring sugar levels down but they do not address the compromised insulin machinery. Instead, they need to keep in mind how they will suffer the serious complications of long-term diabetes in the advanced state of the disease, which can include heart problems, neuropathy, vision issues, dental issues and gum disease, and even amputations.

They also need to consider that if their Type 2 morphs into Type 1, they’ll be giving themselves insulin injections for the rest of their lives because at that point, even with weight loss, it’s irreversible.

If you’re overweight or obese and not yet formally diagnosed as being insulin-resistant or diabetic, don’t think it can’t or won’t happen to you. There are over 400 million people worldwide with diabetes, and I’m sure many of them didn’t think it’d ever happen to them.