Obesity and Fall Risk for Seniors 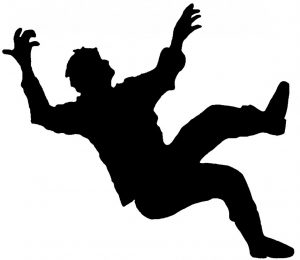 Over the past several years, while obesity rates have increased in most age groups in the United States, the biggest rise has been in older adults. More recently (2017, America’s Health Rankings analysis of CDC), numbers show that over 60% of adults aged 60 and older are overweight; and almost 40% are obese.

Falls are often seen as a problem for thin, frail older adults, since their bones are especially prone to fractures, but obesity carries its own risks.

According to a Syracuse University research study done a couple years ago and conducted over an 8-year period with 10,000 seniors, obese seniors were found to be 50% more likely to have a fall (and they are less able to react quickly and stop a fall) — and nearly 40% more likely to suffer long-term injury as a result.

The National Council on Aging states that falls are the leading cause of fatal and non-fatal injuries for older Americans. A third of seniors fall annually, resulting in as many as 20,000 deaths per year.

While every fall cannot be prevented, losing weight is one of the steps an overweight senior can take. Doing so will not only improve balance, but also protect against a range of age-related ailments, such as heart disease, dementia, incontinence and macular degeneration.