Liposuction for Weight Loss is a
Losing Proposition 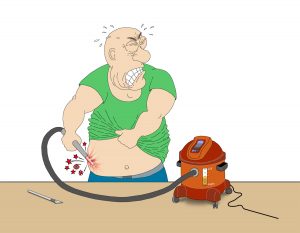 About a year ago, I had a phone inquiry with a woman who, conservatively, had to lose 75 pounds. I say “conservatively,” because I guesstimated at that number based on what she told me her weight and height was over the phone. From my many years experience, it’s safe to say that almost 99% of the time when I meet the same person in the office, they are shorter and heavier than they told me over the phone!

Anyway, this gal told me that she only wanted to pay me to lose “about half that” because she wanted to lose the rest with liposuction! She had plans for some other cosmetic surgery, for which the surgeon told her she must lose a significant amount of weight before he would even consider not only her desired primary procedure but “a little liposuction” as well. She was adamant about the course she wanted to take. I was adamant in refusing to take her on as a client.

Here’s a newsflash, folks: Liposuction is not a weight loss tool.

✅  CAN remove excess subcutaneous fat to improve the contour of the body.

❌ CANNOT remove intra-abdominal visceral, toxic and dangerous fat that surrounds the vital organs of your body.

❌ CANNOT remove the reasons you gained weight in the first place.

Although there may be no (or fewer) fat cells in the area where the liposuction procedure was focused, and while those areas won’t fill out the same way they used to when the patient gains weight (and they will!), the remaining fat cells in the rest of the body will pick up the slack! Got it? What the belly may lose, the rest of you finds! 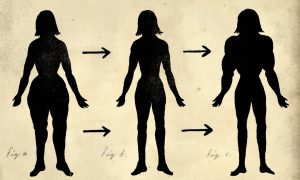 So, picture having a flatter, more contoured stomach, but doing nothing to change your eating habits. As you gain weight, all those excess calories go to bigger thighs, bigger buttocks, fatter and denser breasts and more back-fat . . . but, hey, you’ll still have a contoured stomach, eh? 🤪

Losing weight with liposuction is a losing proposition.